Posted at 12:39h in Uncategorized by Amanda Paffrath

Explore the rich history of our downtown through this new walking tour.  You’ll learn about the architecture, industry and characters who were part of the early years in what was dubbed ‘invention city.’  While Hot Shop Glass isn’t on the official tour, we’ll tell you what we know about us here….

The history of 239 Wisconsin Avenue.

Built in the 1880’s by the Emerson & Co Linseed Oil Works (now DP Wigley across the street) as a stable or storage garage, the building was listed as vacant in city records by 1904.  1930 the building was home to an upholstery and furniture repair business.  The second floor was ‘Electrical Power.’  In 1945 the building became home to The Litho Publishers Co, Inc and Angel Lithography from 1950-1959.  Artists have used this building for more than 70 years — artists working for Western Publishing had studio space here, including artist Jack Crowe on the 2nd floor from 1954-59 and M.C. Burdick Artist, Inc in 1957.  Evidence and lore of a machine shop on the first floor and band practice space on the second floor fill in the history of the 1960’s & 1970’s.  In 1975 & 76 The Racine Artists Workshop rented the second floor.  This cooperative group of artists included 3 jewelers, 2 potters, a leather worker and a weaver.  The group moved to 322 Main Street a year later and evolved to become Plumb Gold.  In 1983 local entrepreneur Lou Whitman purchased the building and used it as a warehouse until selling it to us in 2005.   Lou and his family were excited about the plans to create an art center in this cool space.  We are thankful to the Whitman family for supporting our vision, the City of Racine, Racine Economic Development Center and Johnson Bank for partnering with us to see this building transformed into Hot Shop Glass.

Our building circa 1950
Home of Angel LIthography 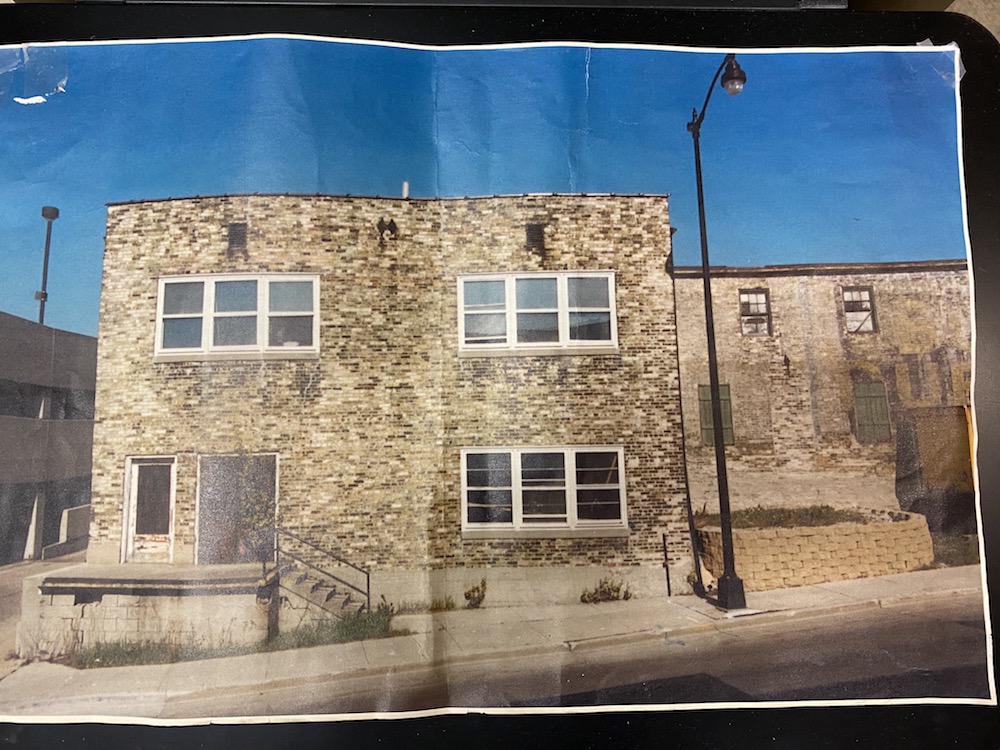 Our building prior to our purchase of in May 2005. 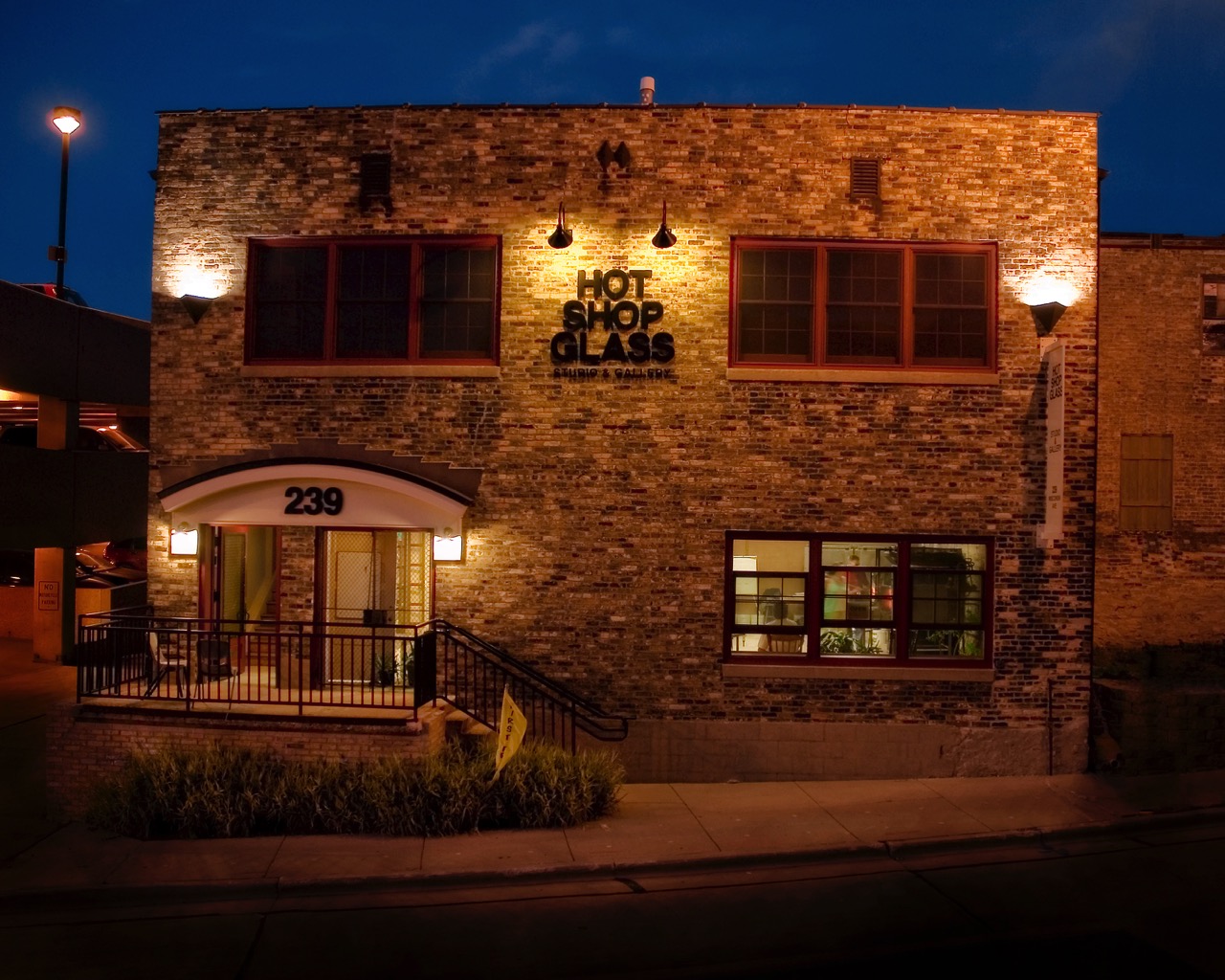 Our building after rennovation, 2006

And be sure to take a stroll and explore the coolness that is here in Downtown Racine!